A book of essays on 70 selected global artworks of former President John Agyekum Kufuor has been launched.

The 194-page book, titled: “A collection of John Agyekum Kufuor”, was written by the acting Director of the Ghana Museums and Monuments Board (GMMB), Mr Ivor Agyeman-Duah, who is also the former President’s long-time biographer and historian.

With a foreword by a former Prime Minister of the United Kingdom, Gordon Brown, the book has ten chapters which give readers graphic images, supported with texts which paint pictures of the art collections.

Published in three different editions — Digibooks in Accra, Ghana, Bookcraft in Ibadan, Nigeria, and a joint European and US edition, the book has chapters including: A Sorcerer’s Apprentice: Lesson in Portrait Painting, A Woman’s Tender Care, Faith and “The Testimonies of the Martyrs”, Before the Better Angels of Our Nature and Cloth of Many Colours.

A separate 70-page companion booklet: “Keeper of the Remains – A Collection of Poetry”, by the author is published alongside the book on Kufuor, in further mediation of artistic creations such as the architecture of the St Peter’s Basilica in Rome, St Paul’s in London and other sojourner’s poetic encounters, as diverse as snow formation in the little Kingdom of Lesotho, the hills of Kigali or the tomb of the great economist and Nobel laureate, W. Arthur Lewis in St Lucia, Eastern Caribbean.

The Vice-President, Dr Mahamudu Bawumia, who launched the book at a ceremony at the residence of the French Ambassador to Ghana at Cantonments in Accra last Tuesday evening, said the book was not just about the beauty of the collections but also the depth of its coverage, which he indicated added up to the collective history of what symbols meant in the psychology of power.

Dr Bawumia said the writings of the author on literary arts had entered the phase of presidential art collection and the book was a stretch of the skills and talents of the author.

The Vice-President, who described the book as a masterpiece, said he was initially intrigued about how the author had drawn the link between “art and the power of goodness”.

“Mr Agyeman-Duah goes back to centuries of African leadership and economies and discusses Sahelian art and poetry. We are presented with paintings and art works that tell a story.

“There is a chapter on the faith of President Kufuor telling us about how faith has enshrined its goodness on the former President, the diversity of African culture and interesting paintings of diplomacy, stones and emblems of power,” he added.

Dr Bawumia said former President Kufuor “has been good to us with this gift and Mr Agyeman-Duah has led the public to know and admire these creations from within Ghana, Nigeria and 50 other countries that go as far as the near and the far east of Asia”.

The Vice-President later donated GH¢50,000, which he said was his heritage acquisition for the books, so that reference libraries, art colleges and institutions across the country could know and read them.

While thanking the French Embassy and the Ambassador for the gallery and the gathering, Vice-President Bawumia said the economies of art in contemporary terms appealed very forcefully to him if it served as evidence of Africa’s creativity in the immediate post-colonial time.

He said it was the private sector that was driving the creativity and market share and mentioned artists, practitioners, training institutions, galley managers, collector and buyers of art for being a part of it.

Dr Bawumia said he was happy about the collaboration between artists based in the country and those outside and said they deserved the recognition.

In a tribute to the former President, Vice-President Bawumia said he was privileged to witness what President Kufuor did for Ghana when he moved the country from a Highly Indebted Poor Country (HIPC) economy to a frontier emerging market economy in eight years.

“We saw how he focused on growing the private sector, reducing poverty and restoring macroeconomic stability; we saw him introduce the landmark National Health Insurance Scheme ( NHIS), the school feeding programme and the capitation grant, free maternal care and massive infrastructure projects across the country,” Dr Bawumia stated.

He added: “President Kufuor was and is a force for good in the political history of the country.”

He said the former President gave meaning to so many good things, for which Ghanaians for generations to come would continue to be grateful.

Until now, he said, “I suspect many did not know he also kept an interest in art and its collection”.

The French Ambassador, Ms Anne Sophie Ave, said as part of her outfit’s objective to fund projects by civil society to foster community-led management of tourism sites, it was working with the John Kufuor Foundation to refurbish three of the 10 traditional buildings in Ashanti.

She said France had always been involved with arts and culture and so it was training GMMB staff and creating links and cooperation with museums in France.

See also  YOU’RE NOT ABOVE THE LAW, GET DOWN – YOUNG POLICE OFFICER TELLS GOV’T OFFICIAL FOR ABUSING TRAFFIC

Ms Ave said under a Project for Higher Education and Research, the Heritage and Tourism of Ghana, which is a relationship with the GMMB and its director, the Embassy was refurbishing the archaeology laboratory of the University of Ghana and producing animation films to promote the heritage of Ghana.

“We are providing signage for all the world heritage sites in Ghana, including the forts and castles, as well as 10 Ashanti traditional buildings, which are all under the custody of the GMMB. That will allow for visitors to know more about those sites,” she stated.

In a speech, Mr Agyeman-Duah said: “I got to know of these objects and art works and wanted to do data entry of them, but I also decided to look at them from art in the context of these collections.”

He said upon a careful thought, he selected 70 of the art works and got a visual anthropologist from the University of Ghana to do the photography of all the works.

He said he related the works to power and power acquisition because former President Kufuor was a power strategist who, even when many did not believe could win the presidential election, had an intuition he could win.

For his part, the Executive Secretary to President Nana Addo Dankwa Akufo-Addo, Nana Bediatuo Asante, called for the revival of the erstwhile Ghanatta College of Art, which he said trained most of the exciting young Ghanaian artists presently blazing the international trail. 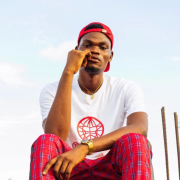